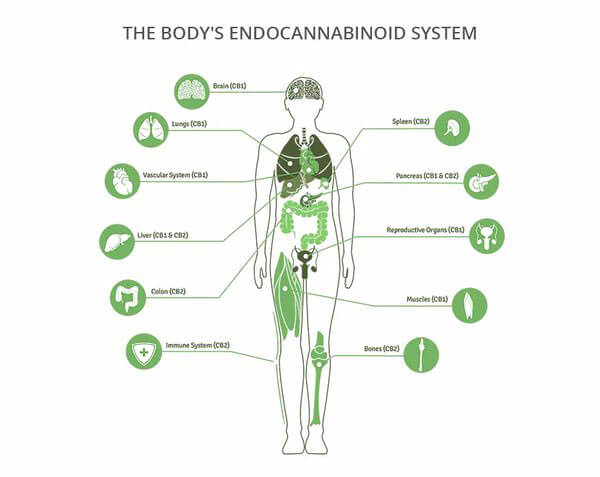 The hemp plant has been used for medicinal purposes for over 2,000 years, dating back to its use in China as a remedy for pain. The benefits derived from using the hemp plant for medicinal purposes are owed to the interactions between compounds found in the plant and an important component of human physiology called the endocannabinoid system (ECS).
The ECS is comprised of receptors (CB1/CB2), endocannabinoids (AEA/2-AG), endocannabinoid membrane transporters (EMTs) and enzymes (FAAH). The ECS plays a prominent role in the regulation of fat mass accumulation, food consumption and glucose and fat metabolism The ECS impacts a number of physiological processes including memory and learning, pain, appetite, inflammatory response, immune response, stress response and motivation. Neurologist Ethan Russo introduced Clinical Endocannabinoid Deficiency (CED) in 2001 to describe a lack of endocannabinoid activity that is thought to be linked to a variety of chronic health conditions. Poor endocannabinoid activity has been linked to poor diet, sedentary lifestyle, drug abuse, environmental toxins and genetics, which can limit the ability to adapt to chronic stress. 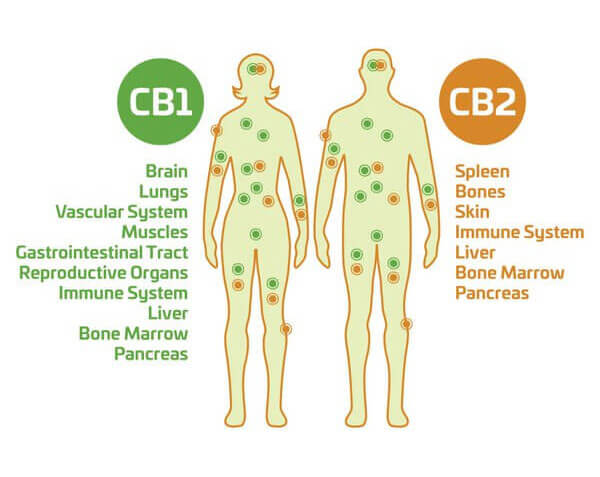 There are two primary cannabinoid receptors found in the human body, the endocannabinoid CB1 and CB2 receptors. The CB1 receptor is expressed in high levels in the central nervous system, while the CB2 receptor is expressed in high levels on immune cells.
The CB1 and CB2 receptors work with the other components of the endocannabinoid system (ECS) to help maintain homeostasis in the human body. In this way, the ECS serves as a master regulator of human physiology. This concept is comparable to how a central heating and cooling system in a home works to maintain a constant temperature throughout a structure. In addition to the well-known and relatively well-studied cannabinoid CBD, there are more than 100 other cannabinoid compounds in the hemp plant that have been identified and some of them possess complimentary therapeutic effects to CBD. There are also numerous terpenes and phenolic compounds contained in the hemp plant, which have the potential to produce similar beneficial effects in humans. With the recent passage of the farm bill and the decoupling of CBD from THC as a controlled substance, we are still in the early stages of understanding how to maximize the therapeutic potential of CBD and related hemp extracts. 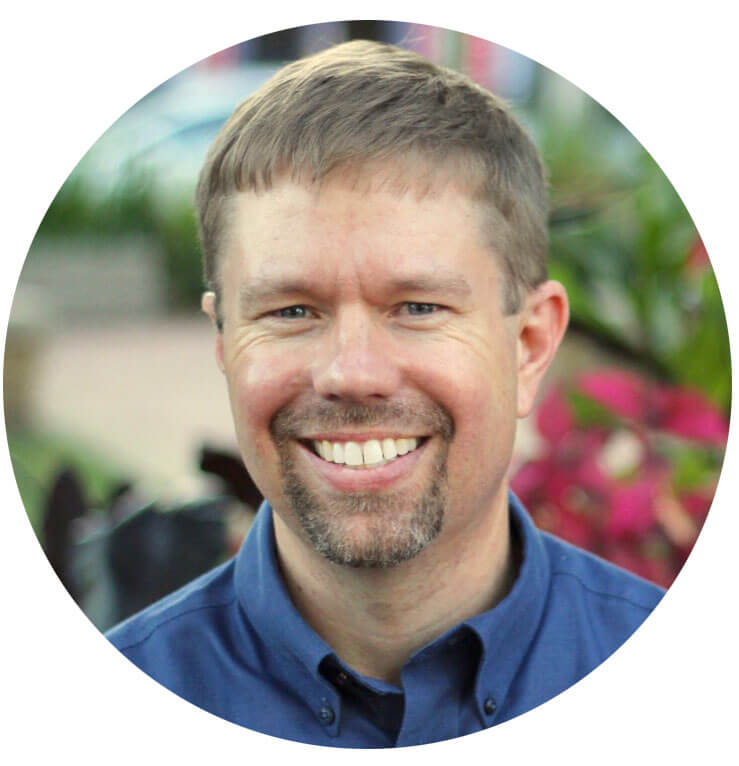